Information about the holiday region Ammergau Alps – Also known as the Ammer Mountains, the Ammergau Alps are a group of mountains that are located in the northern half of the Limestone Alps in the Bavarian districts of Swabia and Upper Bavaria and in Reutte in the Austrian Tyrol. Overall, the Ammergau Alps cover an area of approximately 30 x 30 km, in the center is a source from which a river springs – the Ammer. At a height of exactly 2340 meters, the highest peak in the Ammergau Alps, Daniel, is one of the highest mountains in the region. The density of the population is extremely low in the region, but there are still a large number of famous sights to be admired in that area. These include, for example, Neuschwanstein Castle and the Linderhof, as well as the Wies Church and Ettal Monastery. 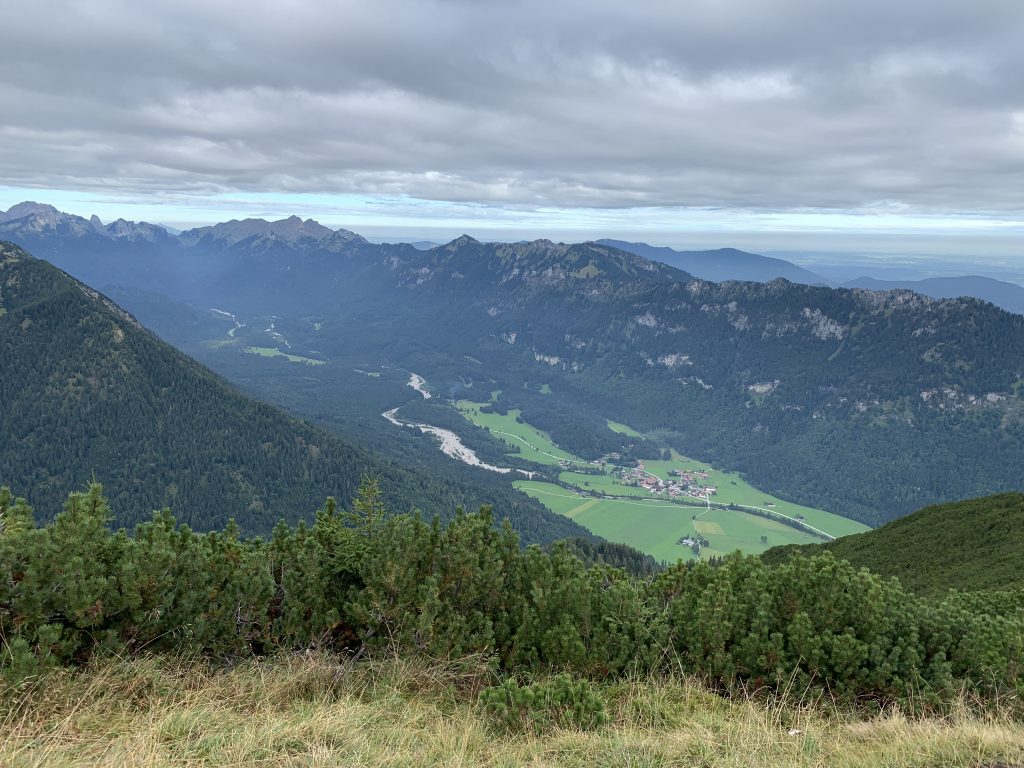 Around 75 percent of the area is in Germany, the remaining 25 percent in Tyrol, Austria

The area, at around 75 percent, is largely on German soil, here exclusively in the state of Bavaria, where the Ammergau Alps extend over several districts. Another 25 percent are located in the Austrian state of Tyrol. The region is limited by the towns of Füssen, Garmisch Partenkirchen, Oberammergau, Ehrwald and Reutte. The Ammergau Alps at the northern end of the Alps have become a particularly popular destination for hikers due to the comparatively short distance to several large cities and the associated metropolitan areas. The slightly lower height of the Ammergau Alps compared to other mountain groups also makes the region an ideal starting point for the average adventurer who is not looking for extreme challenges.

Day tours in the Ammergau Alps

Summits are ideal for day tours, here it is usually no problem to reach the summit directly from one of the places in the valleys

The numerous peaks in particular are ideal for day tours, here it is usually no problem to reach the summit directly from one of the places in the valleys, due to this fact the conspicuously small number of club huts in the Ammergau Alps. There are only 2 cable cars in the region, both of which are located in the northern foothills of the mountains, namely the Tegelberg cable car and the Laber cable car. There are also three chair lifts that result from the Buchenberg lift, the lift at the front Hörnle and the Kolbensattel lift. The chair lifts are also in the northern areas, if you look at the central and southern areas, there are no lifts or mountain railways without exception. The privately operated Kenzenhütte, for example, which is located in this area, can only be reached via a bus line. The Ammergau Alps have part of the border between the Bavarian districts of Upper Bavaria and Swabia, which runs relatively directly from north to south through the mountains.

The 10 highest peaks in the Ammergau Alps:

The material from which the Ammergau Alps are made is largely the so-called main dolomite. The main dolomite can be recognized from the outside especially by the striking, angular peaks and the typical cross point. The southern part of the Ammergau Alps consists primarily of different types of dolomite, where, among other things, smaller amounts of limestone can be found, which lead to a rather unspectacular form of the peaks. The peaks in the northern part of the Ammergau Alps offer a greater degree of variety, where different types of rock meet in complex structures, so that the different layers of the rock create a varied form of the mountains.

In many places, the lively forms of the mountains in the northern part of the Ammergau Alps can be traced to individual occurrences of so-called Wetterstein limestone, which can often be found in combination with different types of dolomite. Without a doubt, most of the impressions are made by the most famous peaks called Hochplatte and Säuling, which are also traversed in smaller quantities with portions of claystone, sandstone, marl, radiolarite, limestone and conglomerate. If you move further to the outer areas of the Ammergau Alps, you will see high proportions of Flysch, which can be seen, for example, on the Hörnle or the Hohen Bleick.

The mostly very rounded surfaces of the Flysch arise from the high susceptibility of this rock to erosion.

The mostly very rounded surfaces of the Flysch are caused by the high susceptibility of this rock to erosion, which smoothes out all edges over the years. Another, particularly typical feature of Flysch summits is the comparatively dense forest, which usually even extends to the summit itself.

The high proportion of dolomite in the mountains of the Ammergau Alps creates the well-known, enormous debris flows, which consist almost exclusively of dolomite debris and in extreme cases can even spill entire valleys. The accumulations of dolomite rubble are most pronounced in the southern areas, for example on the Kreuzspitze, but also on the northern flanks of the main ridge of the Ammergau Alps.

Largest nature reserve in the state of Bavaria

The Ammergau Alps is still a very natural area, which is only sparsely populated and almost undeveloped. This recreational area is preserved in terms of nature by the largest nature reserve in the state of Bavaria, which extends here. There is even talk of whether the Ammergau Alps should be turned into a national park. There is talk of an area of ​​around 23,000 hectares, which will be used as a core area and is to be ceded by the Free State of Bavaria.

Since the grass in the Ammergau Alps is always moving, it has a high ecological value. This arises from the opportunities that rare plants are offered by the rare circumstances. Examples of the special species are the spirke, which can only grow through the regular rubble movement in Friedergries. The ice bells and the Monte Baldo sedge are special small plants, they come exclusively in the Ammergau Alps and cannot be found anywhere else, provided that the search is limited to the northern Alps.

However, the Ammergau Alps are not only of great value to nature. They are also of great importance internationally, especially the different high and low bogs as well as the forest communities of different types make them an interesting area in four ways. Special types of meadows such as the grassland, wet grassland or bristle grass are special features of the flora in the Ammergau Alps.

Two of the most important lakes in the Ammergau Alps are Lake Heiterwang and Lake Plansee, they are also two of the most magnificent lakes in Tyrol. The two lakes are in the valley, which is a rarely found thing in the northern Limestone Alps. The lakes are modeled on a fjord in the forested slopes of the mountains, where they cut into the slopes. There are also some lakes to discover on the northwestern edge, such as the Alpsee, the Schwansee or the Bannwaldsee.

Economically, the Ammergau Alps are also a very lively area because of their numerous bogs. The occurrence of alpine mountain bog peat is extracted from around 25 bog holes in the Ammergau Alps. The value of the mined bog results from special substances that are contained in the mass. These have the ability to stimulate the metabolism as well as the hormone glands and are therefore often used in alternative medicine. From a chemical point of view, the bogs also contain a comparatively high proportion of ulminic and fulvic acids.

The fact that the Ammergau Alps and especially its valleys are overgrown with moss and felt is due to the last ice age in this region. This only ended about 10,000 years ago, making it one of the last in Central Europe. Individual parts of the forests in the Ammergau Alps are also used economically, a dense network of forest roads has been built here over the past decades. Although these serve primarily to monitor the species, in some cases they are also used for the controlled mining of certain woods from the Ammergau Alps.

Oberammergau is known for its ventilation painting and wood carvers and for the passion plays that take place every ten years.

There are three huts belonging to the Alpine Club and some privately operated huts in the Bavarian part of the Ammergau Alps.